We will send you an email to reset your password.

On The Road This Holiday Season 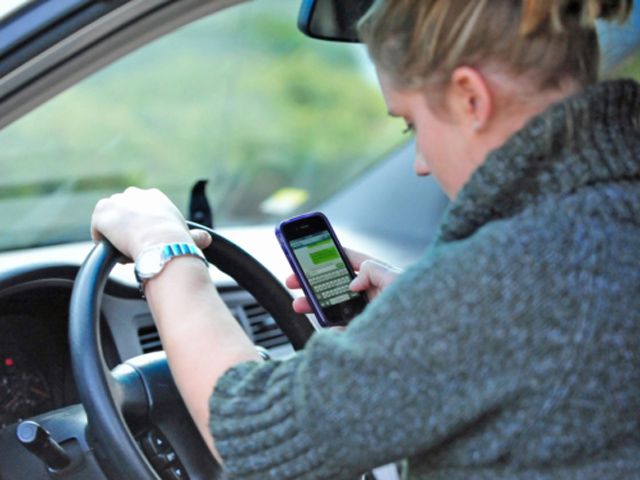 Just in time for the busiest travel season of the year, State Farm has released its annual research report on distracted driving, with troubling results. Though texting while driving remains a concern on the nation's highways, people are also webbing while driving with increasing frequency. These behaviors may pose equal or greater concerns in the effort to reduce distracted driving.

The July 2012 survey of nearly 1000 motorists shines a light on a growing safety concern: people accessing the internet while driving. Four years of data show a significant increase in the use of mobile web services while driving.

The growing popularity of smart phones is contributing to the escalating numbers. The survey revealed an increase in the percentage of drivers who own mobile web devices, as well as an increase in the number of people who say they access the internet while driving.

"The mobile internet is generating another set of distractions for drivers to avoid," said Chris Mullen, Director of Technology Research at State Farm. "While the safety community is appropriately working to reduce texting while driving, we must also be concerned about the growing use of multiple mobile web services while driving."

While the distracted driving focus has traditionally been on young people, the data indicate that motorists of all ages are using the mobile web while driving.

When asked for their opinion on ways to reduce distracted driving, 72 percent of drivers surveyed strongly agree with laws or regulations prohibiting texting or emailing behind the wheel. However, almost two-thirds believe that laws governing cell phone use while driving are enforced to little or no extent. To a lesser degree, 45 percent were extremely likely to support technology that would prevent texting or talking on a cell phone while driving.

"State Farm continues to support a multi-pronged approach to encouraging more engaged driving," Mullen said. "Regulation, enforcement, education and technology all have a role to play in making our roads safer for all who share them."

In August 2009 and 2010, and in July 2011 and 2012, State Farm's Strategic Resources Department used an outside panel vendor to conduct an online survey of U.S. consumers ages 18+. Survey responses were received from approximately 1,000 consumers each year, who identified themselves as having some insurance and financial responsibility for their household.

Only responses from consumers who had a valid driver's license, owned a cell phone, and reported driving between 1 and 80 hours per week were used when reporting the findings of behavior-based questions. Responses from all respondents were used for the attitudinal questions.